Sherbet was finally neutered several days ago, but you would never be able to tell that he recently had surgery just by looking at him. We thought that once he was neutered he would not act as crazy and try to attack play with people so much, but that theory died immediately when my brother brought him to our house yesterday (which was our first time seeing him after his surgery). I've already received a few bite marks on my hands and arms, but none that have broken skin- YET.

Despite his sometimes psychotic behavior we did miss him terribly while he was gone, though, as he brings a lot of laughter and fun to our home. In the pictures below, he is being his usual entertaining little self and demonstrating how to play with a toy mouse in a step-by-step fashion. Step one: Find a toy. 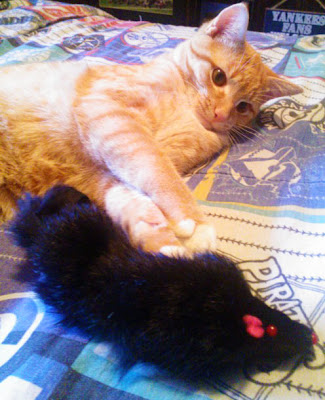 Step two: Focus on the toy and reach out for it. 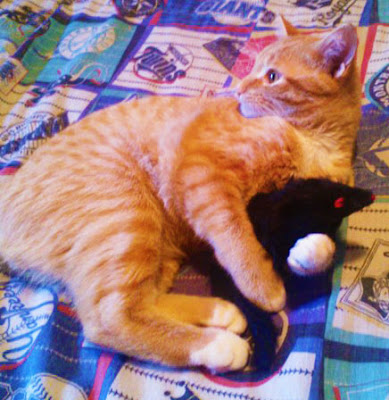 Step three: Grab the toy and look around to make sure no one is going to steal it from you. 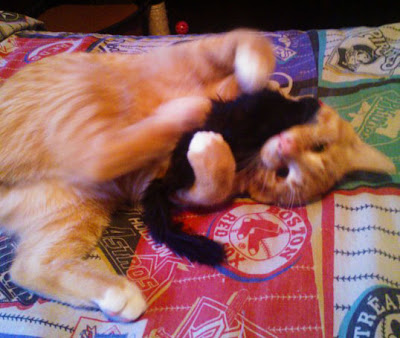