Sherbet's up to no good again...

Sherbet the kitten has been misbehaving yet again. This morning I picked him up, and he bit and clawed my hands, arms, and face! I know that he is really playing and he's not actually being aggressive, probably thinking that I'm just another cat, but he definitely needs to learn that, that behavior is unacceptable. Of course, it would also be helpful if my brother got his claws trimmed every other week (I don't think he has had them trimmed for a few weeks now).

This is how my face looked right after he scratched it up: 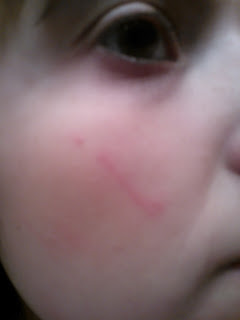 I also captured him a few days ago once again being his usual mischievous self. He is trying to play with Muffin the Guinea Pig, who is in her cage. Muffin doesn't fear him, though she probably also knows that he can't get to her while the cage bars are separating them. I also apologize for the poor quality, I was using my crappy phone camera (BTW: The black cat curled up on the chair is Cedric). 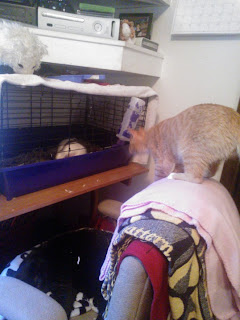 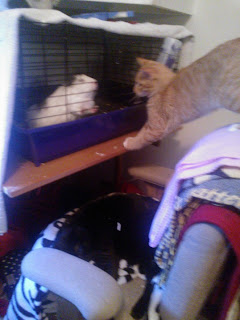 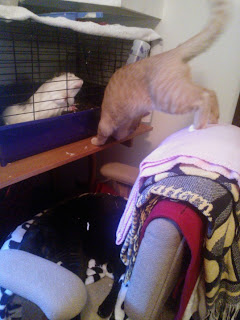 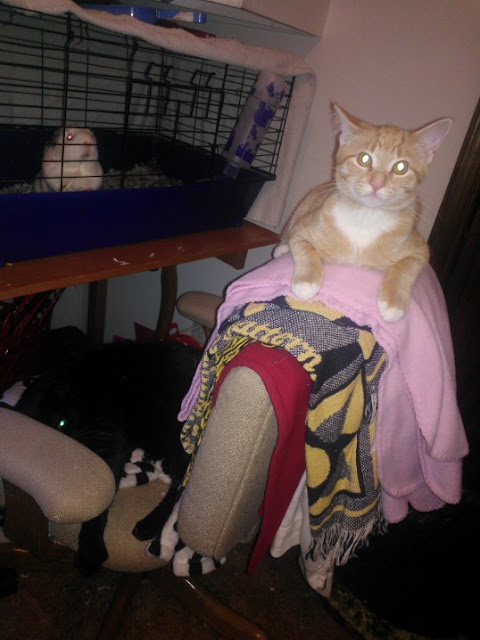